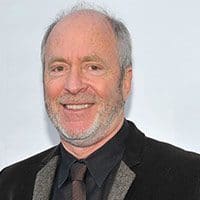 For four decades, Greg Gorman has photographed celebrities in his signature black and white style. From Bette Davis and Leonardo DiCaprio to David Hockney and Philip Johnson, the exquisite tonal range of Gorman’s photographs invite viewers to look closer, to share a moment of intimacy and deeply felt humanity.

Gorman photographed the sixties rock movement before earning a Masters in Cinematography from USC. In the 1970s, he began to photograph the new generation of actors, many of whom went on to become world famous. He further expanded his photographic interests to include music videos, advertising, documentaries and nudes.

Gorman’s monograph, The Odes to Pindar, a limited edition of 11 platinum prints, was published in 2007.