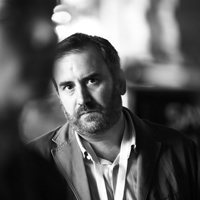 Greg Constantine is an independent documentary photographer from the US who works primarily on long-term projects about underreported stories of human rights and injustice. He spent ten-years working on the project Nowhere People, which explores and documents the lives of individuals and communities in eighteen countries around the world who have had their citizenship denied or stripped from them because of discrimination and as a result are stateless.

Exhibitions of his work has been held in over 30 cities around the world and has been recognized in POYi, NPPA, Days Japan, Human Rights Media Awards in Hong Kong and the Society Of Publishers in Asia Awards. He was part of a team of journalists from the International Herald Tribute who received the 2009 Osborn Elliott Prize for Journalism in Asia, awarded annually by the Asia Society.

He is the author of three books: Kenya’s Nubians: Then & Now, Exiled to Nowhere: Burma’s Rohingya and most recently, Nowhere People, which was named a Notable Photo Book of the Year by PDN and one of the Ten Best Photo Books of 2015 by Mother Jones magazine.