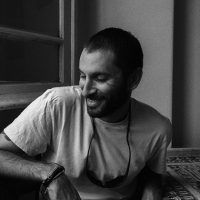 Giulio Piscitelli, after received a degree in Communication Studies, aproaches to photography in 2008 and after graduation began working with some Italian and foreign news agencies. He collaborated with the historical photo archive Parisio of Naples as post producer of images and archivist. Since 2010 works independently offering photographic works related to current issues to Italian and foreign magazines. Some of his works are exhibited in spaces such as Villa Pignatelli, University of Catanzaro, International Festival of Journalism in Perugia, Angkor Photo Festival, Gallery of Brera; Perpignan .

In 2013 he received a grant from Magnum Emergency foundation for the continuation of a photographic project on immigration in Europe. In addition to the project on the Italian territory he developed photographic works in Syria, Afghanistan, Kosovo, Tunisia, Egypt and Kenya.

He currently lives in Naples and his works were published by national and international magazines and newspapers such as NYT, Stern, Espresso, Internazionale, De Standaard, NZZ among others.