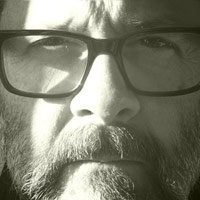 Ockenfels has worked with most major record labels and photographed over 200 album covers for musicians such as David Bowie, Willie Nelson, No Doubt, The Yeah Yeah Yeahs, The Strokes, Wilco, Garbage and LeAnn Rimes. He has photographed many movie posters as well, including The Social Network, The Last Airbender, Jonah Hex, Legion, The Time Traveler’s Wife, Hellboy 2, Wanted, The Incredible Hulk, Harry Potter, Chronicles of Riddick and Eternal Sunshine of the Spotless Mind.