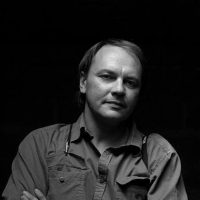 Since the 1980’s Francesco Zizola has documented the world’s major conflicts and their hidden crisis, focusing on the social and humanitarian issues that define life in the developing world as well as in western countries. A strong ethical commitment and a distinctive aesthetic eye are specific features of his pictures. His assignments and personal projects have taken him around the world, giving him the opportunity to carefully portray forgotten crises and relevant issues often disregarded by the mainstream media.

In 2008 he founded 10b Photography (Rome, Italy), a multipurpose centre for digital photography promoting photography culture through exhibitions, workshops and lectures.

He received several awards over the years, including ten awards in World Press Photo contests and four Picture of the Year International awards (POYi). In 2003 Henri Cartier Bresson included one of Francesco’s pictures among his 100 favorites. This collection was made into an exhibition – Les Choix d’Henri Cartier Bresson – and a book.

Francesco published seven books, among which Uno Sguardo Inadeguato (Collana Grandi Autori, FIAF, 2013), Iraq (Ega/Amnesty International, 2007) and Born Somewhere (Delpire/Fusi Orari, 2004), an extensive work on the living conditions of children from 27 different countries. In 2014 he was a jury member of the World Press Photo Contest. In 2016 Francesco has been awarded 2nd prize in the Contemporary Issues category of World Press Photo for his series ‘In the Same Boat‘.