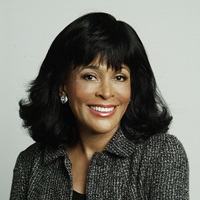 Faye Wattleton is an activist for the rights of women, a managing director with Alvarez & Marsal in New York and the former president of the Center for the Advancement of Women. The daughter of a female African-American fundamentalist minister, she grew up to become the youngest and longest-tenured woman to head Planned Parenthood since Margaret Sanger founded its predecessor in 1916. During a politically explosive and violent period of conflict over constitutional protections for women’s reproductive rights that culminated in the last quarter of the 20th Century, Wattleton played a critical role in defining the national debate over sex education, contraception and abortion.

Wattleton has amassed an extraordinary track record for leadership, both as CEO of national not-for-profit organizations and by serving on the boards of public and private corporations, academic institutions and high-impact philanthropic organizations. Lauded as a public spokesperson, her countless honors and awards include the Fries Prize for improving public health, Independent Sector’s John Gardner Award and the Jefferson Award for the Greatest Public Service by a Private Citizen. Wattleton was inducted into the National Women’s Hall of Fame in 1993 and is an active member on the board of trustees at Columbia University.