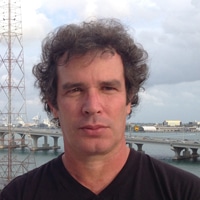 Ernesto Oroza is an artist, designer and author based in South Florida. A graduate of Havana’s Superior Institute of Design and later a professor in both Havana and Paris, his practice is geared toward the critical study of man-object interactions and how community is built around material culture.

He is the author of several books about popular creativity as expressed in tools, objects and the urban environment – what he theorizes as “technological disobedience” and the “architecture of necessity.” Oroza’s creative practice is grounded in community research methods that follow the vernacular practices and economic logics of his subject-objects. His ultimate goal is to provoke a feedback loop between his findings and the community involved to generate both critical inquiry and positive change.