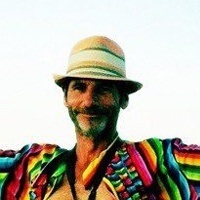 Eric Bouvet began his photographic career in 1981 after studying arts and graphics industries in Paris. He has covered major international events including the funeral of the Ayatollah Khomeini in Iran, the Tiananmen Square revolution in China, the fall of the Berlin Wall, Prague’s Velvet Revolution, the US attack on Libya, the release of Nelson Mandela, and various Olympic Games. -Bouvet has also photographied conflicts in Afghanistan, Iraq, Iran, Chechnya, Sudan, Somalia, the former Yogoslavia, Labanon, Israel, Northern Ireland, Kurdistan,Surinam, Burundi and Libya. -Along the way, Bouvet has received five World Press Awards, as well as two Visa d’Or, the Prix Bayeux Award for War Correspondents, The Prix of the Bayeux Public, the Gold Medal of 150th anniversary of the photography, Prix of the Year’s photographer and the Prix Paris-Match 2000 Award.