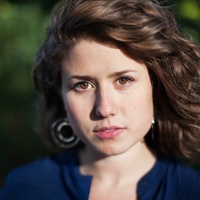 Elizabeth D Herman is a Boston-born freelance photographer and researcher currently based in New York. She worked last year in Bangladesh as a Fullbright Fellow, and has spent the past three years working on A Woman’s War, taking the project to five countries on three continents; the work was named a 2013 Blue Earth Sponsored Project, a 2011 Finalist of The Aftermath Project, a 2011 Finalist of the Livingston Awards, a 2011 Top Finalist of the Fotovisura Spotlight, shortlisted for the 2013 and 2011 Lucie Foundation Scholarship, and granted the 2012 PNDP Tim Hetherington Award. Since moving back to the US last fall, Elizabeth has been freelancing for a number of national and international news outlets, with her work appearing in The New York Times, TIME, The Guardian, GlobalPost, NPR, Jezebel, and The Daily Beast, among others, and she is currently the International Picture Intern at TIME Magazine. Her work has been exhibited in a number of group shows in the US, as well as a solo show at United Photo Industries in Brooklyn, NY and Shadhona Studios in Dhaka, Bangladesh. Elizabeth was recently named one of the Jezebel 25 by Gawker Media.