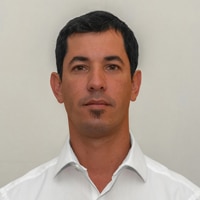 In 2009, Eduardo García started doing street photography in Havana. Motivated by witnessing the human condition through his lens, his work is often concerned with social issues. In 2012, he won a Mention in the “Everyday Life” category for the Latin-American Photographic Prize. This encouraged him to keep working on the streets and motivated him to develop photographic essays.

García was the recipient of a scholarship from the Santa Fe Workshops taught by National Geographic Deputy Director Whitney Johnson in Cuba. His series “Home” was a Magnum Photography Award finalist in 2016. Many of his works are in private collections around the world, including Argentina, Belgium, Canada, Egypt, France, Germany, Italy, Mexico and the United States.