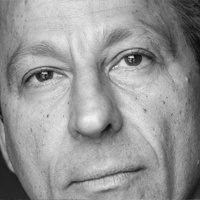 Ed Kashi is a photojournalist, filmmaker and educator dedicated to documenting the social and political issues that define our times.

Kashi’s innovative approach to photography and filmmaking produced the Iraqi Kurdistan Flipbook with MediaStorm in 2006. An eight-year project completed in 2003, Aging in America: The Years Ahead, has created one of the most extensive visual archives on aging in the United States.

Receiving numerous awards from World Press Photo and Pictures of the Year International, UNICEF’s Photo of the Year 2010 and a Prix Pictet 2010 Commission, Kashi’s work has been published and exhibited worldwide. His latest book, Photojournalisms, is a compilation of journal writings to his wife, done over a nearly 20-year period, from various locations around the world. Kashi is also a member of VII Photo Agency.