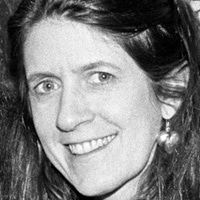 Ebet Roberts has been offering candid glimpses of some rock’s most iconic performers for 35 years. Her photographs look beyond the hype to capture revealing moments onstage, backstage, offstage and in the photo studio.

Roberts’ photos have been published worldwide in publications including the New York Times, Rolling Stone, GQ and People. Her work is in the permanent collection of the Rock and Roll Hall of Fame and Seattle’s Experience Music Project and has been shown in numerous galleries and museums.