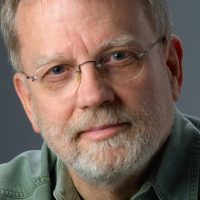 Douglas Prince‘s work has appeared in numerous exhibitions and is held in many private and museum collections, including The Museum of Modern Art, the Los Angeles County Museum of Art, the Currier Museum of Art and the National Gallery, Canberra, Australia. Beginning as a traditional photographer with medium format film cameras, Prince soon began to explore alternative visions: combining images in the darkroom and making photo-sculptures with images on film. In the late 1990s, his photo explorations led him into digital image-making.