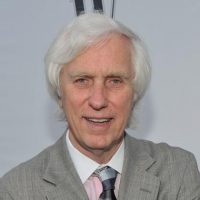 For five decades, Douglas Kirkland has photographed celebrities and fashion. His lifelong love affair with the camera, whether still or motion pictures, has been applauded with prestigious awards, including several for lifetime achievement. Just before he turned 25, Kirkland joined the staff of Look magazine. Less than three years later, he found himself world famous for the sensuous photographs of Marilyn Monroe he had taken for the magazine’s 25th anniversary issue.

Besides Kirkland’s portraits of the rich, famous and influential, from Charlie Chaplin to Arnold Schwarzenegger and Coco Chanel, he is also known for his work as a set photographer, having worked on more than one hundred films, most recently Australia. Kirkland’s monograph, Freeze Frame: 5 Decades / 50 Years / 500 Photographs, was published in 2008.