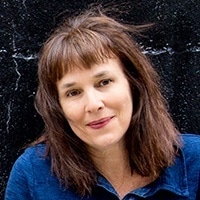 One of photographer Deborah Feingold‘s earliest darkrooms was actually a prison cell. After graduating from college in the early 1970s, she was awarded a grant to teach photography to troubled youth in a Boston prison, affirming her belief in the power of the camera as a tool for self-expression and laying the groundwork for a decades-long career photographing prominent names in American culture.

Her new book, Music, collects some of the most dazzling moments from her sessions with artists from the last 40 years of popular music, and demonstrates Feingold’s ability to distill her artistry and humanity down into a single frame.