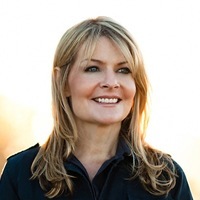 Deanne Fitzmaurice is a Pulitzer Prize winning documentary photographer and multimedia storyteller based in San Francisco, California. Known for her behind-the-scenes work, she is a regular contributor to Sports Illustrated and ESPN the Magazine, and is an assignment photographer for National Geographic as well as numerous other publications. She has been published in TIME, Newsweek, The Economist, Der Spiegel, Stern, GEO and Men’s Journal. Deanne has also partnered with foundations and non-profits including NPR, UCSF, The Bill and Melinda Gates Foundation, and the James Irvine Foundation. Deanne has also created multimedia pieces for clients including MSNBC and the ACLU. Deanne’s commercial clients include Apple, Nike, Netflix, Mazda, Target, Avon, Microsoft, and Coca-Cola.