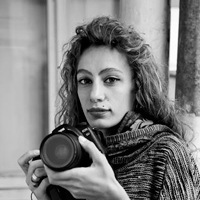 Daro Sulakauri is a freelance photojournalist from the Republic of Georgia. She was named one of PDN’s 30 new and emerging photographers to watch in 2011, she won the Magnum Foundation’s second place for their Young Photographer in the Caucasus Award in 2009 and she received the Best of 2008 SocialDocumentary.net Award. Sulakauri received a grant from the Documentary Photography Project, OSF in 2012 and was a finalist in VIPA 2013. She graduated from the International Center of Photography’s Documentary Photojournalism Program in New York City.