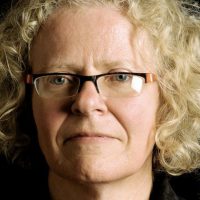 Connie Imboden has spent more than 30 years using photography to examine, distort and redefine the human body. Her work is in the collections of many major museums including the Museum of Modern Art in New York, the Museum of Modern Art in San Francisco, the Bibliotheque Nationale in France and the Ludwig Museum in Germany. Her photographs have been exhibited in an extensive range of group and solo shows at galleries and museums thoughout Europe, the United States, South America and most recently China.

Imboden’s first book of images, Out of Darkness, won the Silver Medal in Switzerland’s “Schonste Bucher Aus Aller Welt (Most Beautiful Book in the World)” competition in 1993.  Her most recent book, Reflections was released in 2009.