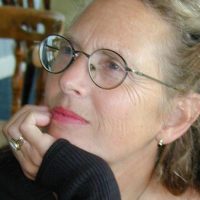 Photographer Claudia Kunin launched her career in 1976 when she was first published in Rolling Stone magazine. She pursued commercial photography for the next 30 years with intermittent shows of her fine art, which is now her primary artistic pursuit. Her bodies of work includeRevenant, 3D Ghost Stories, 3D Holy Ghost Stories and 3D Family Ghost Stories. She has shown her work all over the world including New York City, Tokyo, Paris and Los Angeles.

Her work has been featured in numerous publications including Eyemazing, Camera Work and Focus. She was the recipient of two awards in the 2010 Prix de la Photographie Paris for her fine art. Kunin’s work is in the permanent collections of the Smithsonian, the J. Paul Getty Research Institute and the Museum of Photographic Arts. Her archive will be housed in the Smithsonian Institute of American History’s photography collection.