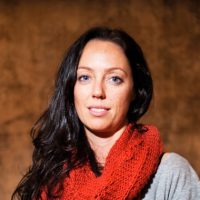 Slab city has been created by a small but committed squatters community. It lies in the Colorado Desert in South Eastern California and takes its name from the concrete slabs that remain from an abandoned World War II base. It is a truly horrific and romantic landscape that commands residents to possess the same balance of beauty and beast. Unbearable temperature highs in the summer weed out the many who inhabit the free space in the winter, leaving only the most resilient, or the most unfortunate to become permanent residents. It is also these people who maintain the ad-hoc infrastructure that makes it such a desirable community to visit in the cooler winter months. The people who stay year after year could be described as poverty stricken, living in possibly the worst conditions in the USA, and some residents would tell you this is the truth. Others fiercely defend tbheir lifestyle as a deliberate choice to reject the mainstream society. For these people Slab City provides a freedom they’d never experienced before. There are others who were forcedhere through circumstance; society wont tolerate them, due to their pasts as felons, addicts or vagrants, but who whole heartedly embrace the opportunity to live in a community that wont judge them. Slab City is a place for the broken and desperate and for the fierce defenders of freedom from tyranny. But more than anything else, it is what this small group of people call home.

Claire Martin began her career by pursuing a degree in Social Work, however, she changed her focus to photography when she realised that change can also be effected through this medium. Her ongoing documentation of marginalised communities within prosperous nations has recently won her the Magnum Foundation 2010 Inge Morath award for Female Photographers under 30 years of age. Since beginning her career pursuing personal projects in 2007 Claire has quickly gained praise for her unique style receiving support from Getty images as an Emerging Talent in Reportage in 2009 as well as representing Australia’s Emerging Female Photojournalist for Foto Freo 2010. She has recently joined the renowned Australian Documentary Photo Collective “Oculi” and her work is distributed through Agency VU in Europe and Redux in the USA. Claire lives in Perth Western Australia where she works as a freelance photographer and socially concerned documentary artist.