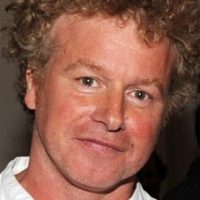 Chris Levine is a light artist who works across many mediums in pursuit of sensory experience through image and form. He calls what he does “light-based work,” utilizing lasers, lenticular images and other cutting-edge techniques. In 2004, Levine was hired to take the first 3D photographs of Queen Elizabeth II.

His exhibition Hypervisual 1.2 completed a tour of 12 countries with the British Council. In 2012, his work featured in the major exhibition Queen and Image at London’s National Portrait Gallery. He has artwork in London’s Science Museum and has staged light performances with the MoMA in New York. Levine has worked with a wide range of collaborators, including the Eden Project, Anthony and the Johnsons, Philip Treacy, Massive Attack, Grace Jones and Asprey Jewellers.