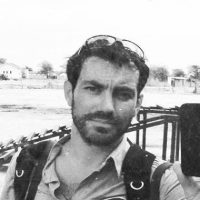 Since 2012, photographer Brian Sokol has focused on telling the stories of refugees, Internally Displaced Persons (IDPs), and stateless people in Africa, Asia, the Middle East and Latin America. In 2016, he returned to the US to pursue a project on public lands preservation, combining his love of open spaces and his desire to tell human stories.

A former mountain guide and ranger, Sokol initially came to photography through a passion for high, wild places. He frequently works on various themes related to displacement, perhaps owing to the fact that he’s lived abroad for 20 years and is no longer quite sure where he belongs.