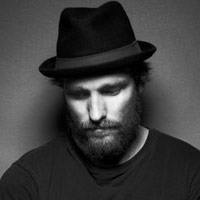 Brian Bowen Smith was born and raised in New York and became a professional photographer after working as an assistant to Herb Ritts. After his mentorship with Ritts, he landed assignments for Elle, Marie Claire, Vogue, Lucky, Glamour, Esquire and Interview. He recently published his first book, The Men and Women of Marc Jacobs, and is currently at work on another. Bowen Smith also shoots for major film and television studios as well as advertising campaigns.