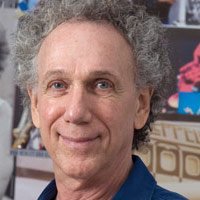 Bob Gruen has captured the music scene for over forty years in photographs that have gained worldwide recognition. Shortly after John Lennon moved to New York in 1971, Gruen became John Lennon and Yoko Ono’s personal photographer, making photos of their working life as well as private moments.

Gruen has worked with acts such as Led Zeppelin, The Who, David Bowie, Tina Turner, Elton John, Aerosmith and KISS. He toured with emerging punk and new wave bands including the Sex Pistols, the Clash, the Ramones and Blondie, and currently works with Green Day.

In the spring of 2007 FAAP University in Brazil presented an exhibition of Gruen’s work titled Rocker, which attracted 40,000 visitors. In November 2010, he was inducted into the Long Island Music Hall of Fame.