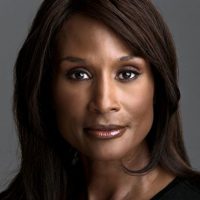 Beverly Johnson’s remarkable career, which spans four decades, is a showcase of accomplishment from model to mom, actress, author, activist, businesswoman, TV personality and icon. The Jackie Robinson of modeling, she was the first black model to grace the cover of Vogue (August 1974). The New York Times named her one of the “20th Century’s 100 Most Influential People in the Fashion Industry.”

Johnson is the founder, chairwoman and CEO of Beverly Johnson Enterprises (BJE). Her vision is to build BJE into global brand that represents the highest-quality luxurious products to the global multi-cultural market for women of all ethnicities. In 2015 Simon & Schuster published Johnson’s memoir The Face That Changed It All, which spans her early childhood in Buffalo to her raise to superstardom and the tumultuous 1980s. The book became a New York Times Best Seller.