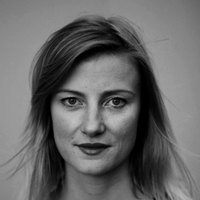 Andrea Gjestvang is a Norwegian photographer currently based in Oslo. She has been focusing on the northern parts of the world, where she explores the intimate life and persistence of people living in remote and inaccessible environments. Her work has a strong political view on the social and anthropological issues related to globalization, identity and cultural uniqueness.

In 2010, Gjestvang was selected as a participant of the Joop Swart Masterclass organized by World Press Photo. From 2011-2013 she was a part of the Norwegian Journal of Photography, a program supporting 10 independent documentary photographers in Norway. In 2012, she was named one of PDN’s 30 New and Emerging Photographers to Watch.

Gjestvang’s work has been exhibited in galleries and photo festivals worldwide, such as Ullens Center for Contemporary Art in Beijing, Menotrentuno_03 in Sardinia, Galeria Open Mind in Milan, New York Photo Festival and Lumix Festival in Hannover.