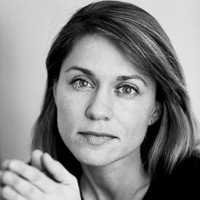 Andrea Bruce is a documentary photographer who brings attention to people living in the aftermath of war. She concentrates on social issues that are sometimes ignored and often ignited in war’s wake. For the past ten years she has chronicled the world’s most troubled areas, focusing on Iraq in 2003, following the intricacies and obstacles of the conflict experienced by Iraqis and the US military.