Filmmaker Alice Guy-Blaché (with hat) on set of The Life Of Christ in Fon-Tainebleau, France, in 1906

Followed by Q&A with Director Pamela B. Green and Author Joan Simon
Event

In recent years, Hollywood has come under scrutiny for its unequal representation of women and minorities in film, with the #MeToo movement revealing the problematic and systemic power structure that women have long struggled against to establish their careers. But, even 20 years ago, 100 female filmmakers gathered at the Miramar Summit to discuss and commit to the idea of 50/50 representation behind the camera. Yet, this year’s Golden Globe and Academy Award nominations failed to include a single female director – again. This makes the story of Alice Guy-Blaché even more remarkable.

When Alice Guy-Blaché completed her first film in 1896 Paris, she was not only the first female filmmaker, but one of the first directors ever to make a narrative film. Be Natural: The Untold Story of Alice Guy-Blaché follows her rise from Gaumont secretary to her appointment as head of production in 1897, and her subsequent illustrious 20-year career in France and in the United States, as the founder of her own studio and as writer, director, and/or producer of 1,000 films—after which she was veritably erased from history. Until now…. Directed by Pamela B. Green, the film is narrated by Jodie Foster.

Immediately after this screening, director Green and co-writer Joan Simon will be present to answer questions from the audience. 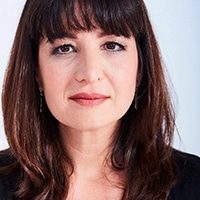 Pamela B. Green is the producer, director, editor, and co-writer of the feature documentary Be Natural: The Untold Story of Alice Guy-Blaché, which premiered at the Cannes Film Festival and was an Official Selection of Deauville American Film Festival, Telluride Film Festival, New York Film Festival, and the BFI London Film Festival. The film was released theatrically in 2019 to great critical acclaim in the U.S., Canada, Australia, and New Zealand and will open in theaters in the UK and France in 2020. Be Natural was nominated for a Critics’ Choice Documentary Award.

As the founder of PIC – an entertainment and motion design boutique based in Los Angeles – Green has creative directed, produced, and directed feature film main titles, motion graphics, music videos, and award packages, and advised on internal story sequences for The Bourne Identity series, The Muppets, Twilight, Supergirl, and many more.

Joan Simon is a writer, curator, editor, and arts administrator who works independently for museums, foundations, publishers, and media organizations in the United States and Europe. With director Pamela B. Green, Simon co-wrote Be Natural: The Untold Story of Alice Guy-Blaché and is one of the film’s executive producers. As curator-at-large for the Whitney Museum (2004-2009), she organized Alice Guy-Blaché: Cinema Pioneer (2009), the first comprehensive presentation of her French and American films and its award-winning catalogue (Yale University Press).