All the way from New York City, hip-hop radio icons Stretch Armstrong and Bobbito Garcia will take over the Photo Space for a live podcast taping of a discussion with legendary Los Angeles-based photographer Estevan Oriol. 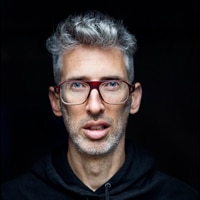 Adrian Bartos, or “Stretch Armstrong,” is an internationally recognized DJ and cultural pioneer. In the show, Stretch and Bobbito interview cultural influencers, bringing their warmth, humor, and a fresh perspective to countless subjects. As a radio duo in the 1990s, Stretch and Bobbito were pivotal figures in the evolution of hip-hop as a worldwide cultural phenomenon.

As a club DJ, Stretch was the progenitor of “open-format” – mastering a multitude of musical genres – and has spun records all over the world for over two decades. He is considered to be part of an elite group of master DJs, capable of playing to intimate crowds as well as large rooms, with an expertise in a wide variety of genres spanning several decades, from classic to contemporary. Over the past decade, Stretch has taken his expertise into music supervision as a consultant for brands seeking to further their musical identity. Most recently, he was the music consultant for HBO’s Vinyl.

Stretch’s own story, along with radio partner Bobbito Garcia, has been made into a film, produced by the duo, music-supervised by Stretch, and directed by Garcia. The film, Stretch and Bobbito: Radio That Changed Lives, has screened in over 40 cities internationally. The film made its network U.S. television premiere on Showtime.

As an author, Stretch has written extensively for cuepoint.com. His first book, a visual and oral history of New York City nightclub flyer art, titled No Sleep: NYC Club Flyer Art, 1988-1999, was published by Powerhouse Books. 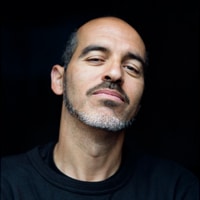 New York City native Robert “Bobbito” García is a freelance creative who has put an indelible footprint on multiple urban movements. During the 1990s, García was one-half of the legendary “Stretch and Bobbito” program on WKCR. The duo introduced the world to an unsigned Nas, Biggie Smalls, and Wu-Tang Clan, Eminem, the Fugees, and a then-unknown Jay-Z. Total record sales for all the artists that premiered on their platform exceeds 300 million copies. In 1998, The Source voted them as “The Best Hip-Hop Radio Show of All Time.“

In 1990, as the progenitor of sneaker journalism, García penned his landmark Source article “Confessions of a Sneaker Addict.” In 2003, he authored the critically acclaimed, Where’d You Get Those? NYC’s Sneaker Culture: 1960-1987 (Testify Books). In 2005, ESPN’s It’s The Shoes series, hosted by Bobbito, became the first show on the subject of sneaker culture in broadcasting history. 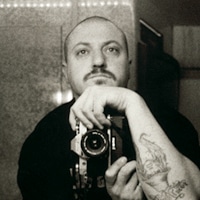 Estevan Oriol is an internationally celebrated photographer, director, and urban lifestyle entrepreneur. Beginning his career as a hip-hop club bouncer turned tour manager for popular Los Angeles-based rap groups Cypress Hill and House of Pain, Oriol’s passion for photography developed while traveling the world. With an influential nudge and old camera from his…