Photography: In and Out of Prison

According to a 2018 report, America has the highest incarceration rate in the world, spending nearly $80 billion annually to house the nearly 2.2 million adults held in American prisons and jails. Prison reform and “social justice doesn’t happen in a visual vacuum,” says educator and writer Pete Brook. As a former teacher at San Quentin’s Prison University Project, his lessons on the “History of Photography and Power” moved beyond teaching just the medium’s history. Rather, Brook pushed to recontextualize the visual stories that have long dictated our understanding of incarceration and the visual cues that sustain to systemic racism, drug use, and poverty. 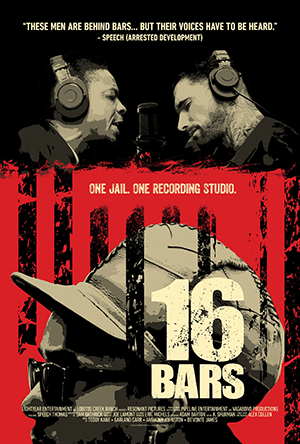 Joined by W|ALLS photographer Raymond Thompson Jr. and visual artist Nigel Poor, Brook will moderate a discussion about the history and future of prison photography. They will unpack how prisons are photographed and depicted to those outside the walls, and how photography is used as a tool for learning within. In particular, Poor will discuss her work documenting and engaging inmates enrolled in rehabilitation programs such as Greenhouse (Rikers Island’s horticulture program) and in San Quentin’s Prison University, and how these art and culture programs have witnessed and contributed to declining recidivism rates.

Stay after the talk for a special screening of the new feature-length documentary 16 Bars. The film features Grammy-winning Todd “Speech” Thomas, from the iconic activist hip-hop group Arrested Development, as he collaborates with four men at the Richmond City Justice Center to produce a hip-hop album. 16 Bars follows the lives and stories of these four men, as they work to overcome their demons and share the truth of their painful stories. Exploring cycles of addiction and incarceration through the power of music and storytelling, this project and film illuminate an inspiring path forward as the inmates’ voices are returned to them.

Note: Due to unforeseen circumstances, Lucas Foglia will no longer be able to participate in this panel. 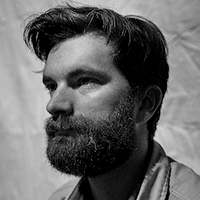 Pete Brook is a writer, curator and educator focused on prisons, photos, and power. Primarily, his interest is in the United States’ prison industrial complex and issues of visibility, propaganda, politicization, and agency. In 2008, he founded the website Prison Photography to log his research and writing. Brooks’ work has been featured in The British Journal of Photography, The New York Times, Los Angeles Times, Philadelphia Inquirer, and ACLU. He has curated half-a-dozen exhibitions, most recently Prison Obscura (2014 – 2016) which presented images produced outside of the documentary tradition and – sometimes – outside of the walls. His writing has been published by Aperture, The Atlantic, Huck, ICP, The Marshall Project, Polka, SF Bayview, Time, and Truthout. 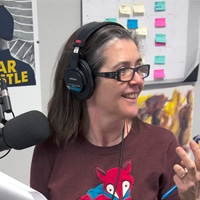 Nigel Poor is a visual artist whose work explores the various ways people make a mark and leave behind evidence of their existence. Her work has been exhibited nationally and internationally, and can be found in various museum collections including the SFMOMA, the M.H. deYoung Museum, and the Corcoran Gallery of Art, Washington D.C. She is also a professor of photography at California State University, Sacramento. In 2011, Poor got involved with San Quentin State Prison as a volunteer teacher for the Prison University Project. She is the co-creator and co-host of the prison-based podcast Ear Hustle. 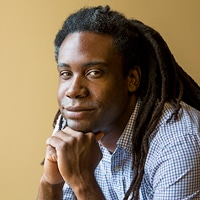