Feature film directors and actors take center stage in Vanity Fair: Hollywood Calling, but visual storytelling can be powerful and brief, even at three minutes. Arguably, the first music videos date back to musical short films that first appeared in the 1920s, coming to full prominence in the 1980s with the launch of MTV. Today, many feature film directors utilize the short format of music videos as a platform to explore more experimental techniques, modes of storytelling, and the challenge of the format’s brevity.

In 2016, Music Video Night (MVN) was launched in Los Angeles to “celebrate creatives through the lens of videos.” Since its partnership with urban media brand Mass Appeal, MVN has expanded to curate and host monthly events nationwide, including MoMA NY, Brooklyn Museum, Art Basel Miami, SXSW, and Coachella. For Vanity Fair: Hollywood Calling, the Photo Space is teaming up with MVN for an intimate screening and discussion with director Quinn Wilson, the creative director for Grammy-winning recording artist Lizzo. In discussion with Mass Appeal’s Gregg Kaysen, Wilson will discuss her creative process and share anecdotes about how her short films have pushed the body-positive culture forward and challenged traditional forms of representation in music videos. 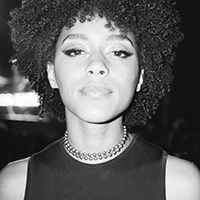 Quinn Wilson is a filmmaker, photographer and creative director for Grammy-winning artist, Lizzo. Her films and music videos have been featured in the likes of Vogue, Rolling Stone, Pitchfork, Fader and Dazed Digital to name a few. Raised in Michigan and now residing in Los Angeles, Quinn studied at Minneapolis College of Art & Design. 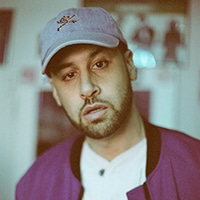 Gregg Kaysen is a New York-based creative director, writer, and artist. His work has been recognized by Cannes, Rolling Stone, and Complex. In partnership with Mass Appeal, he launched Music Video Night (MVN), which celebrates the art of the video with some of its most inspiring creatives. Since 2016, MVN has held events around the country, including MoMA NY, Brooklyn Museum, Austin’s Blanton Museum of Art, and Palm Springs Art Museum.