An Evening with Sophia Bush, Candy Chang, and James A. Reeves
Event

Across the world today, nearly 450 million people are afflicted by issues of anxiety, depression, and co-occurring disorders, yet two thirds of those individuals challenged with these mental illnesses never seek treatment. Why do we as individuals and as a collective society judge, resent, and doubt? How do our desires for approval, success, and belonging create certain emotional habits that affect the way we understand ourselves and the people around us?

A companion to W|ALLS: Defend, Divide, and the Divine, the public art installation Light the Barricades – imagined and realized by Candy Chang and James A. Reeves – asks, What will it take you to forgive? Who do you judge unfairly and why? What are you afraid of? Together with actress, activist, director, and producer, Sophia Bush, Chang and Reeves will explore the ways that public art can encourage a mindful life, become a public site to think about the future of rituals, and create an opportunity to pause and reflect amidst the chaos of our digital lives.

To open the evening, House of Intuition and Days LA will co-host a 20-minute mindful meditation session led by a L.A.-based spiritual teacher. This ritual of reflection will help foster discussion about the challenges that we as a society face when confronting stigmas around mental health, and the necessity for building frameworks for self-care so that we can lead more balanced lives and contribute to a more just community. 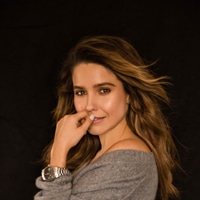 Named one of the most charitable celebrities by CNN, Bush devotes her free time to bettering girls’ education and the environment, raising nearly half-a-million dollars for charity, building three primary schools in Guatemala and Laos, and now serving as a global ambassador for Glamour‘s The Girl Project. Working in 96 countries around the world, The Girl Projectbreaks down the barriers that girls face when gaining a secondary school education.

Most recently, Bush launched her podcast, Work in Progress. It features frank, funny, personal, professional, and sometimes political conversations with people who inspire Bush about how they’ve gotten to where they are, and where they think they’re still going. These discussions stem from her “aha” moment of realizing you are allowed to be both a masterpiece and a work in progress, simultaneously. 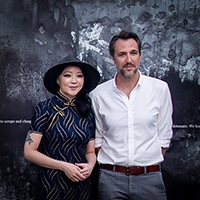 Candy Chang and James A. Reeves collaborate on participatory installations that envision the future of ritual in public life. A TED Fellow and Urban Innovation Fellow, Chang creates participatory artworks that examine the threshold between isolation and community, and the role of ritual in contemporary wellbeing. Reeves is a writer, educator, and designer whose work addresses ritual and faith in the digital age. His first book, The Road to Somewhere: An American Memoir (W. W. Norton), documents 150,000 miles through America, and he currently teaches at Parsons School of Design. Together, their work A Monument for the Anxious and Hopefulserved as a living catalogue of the ways we relate to uncertainty and collected over 50,000 reflections from visitors to the Rubin Museum of Art in New York City. Their latest work, Light the Barricades, reimagines the wall as a site for contemplating our inner obstructions was commissioned by the Annenberg Space for Photography for the W|ALLS: Defend, Divide, and the Divine exhibition. 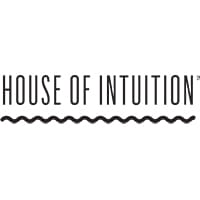 The House of Intuition is a metaphysical shop dedicated to helping people achieve healing, transformation, empowerment, and personal growth. They offer readings, healings, and classes. Ryan Trinh will lead the guided meditation. 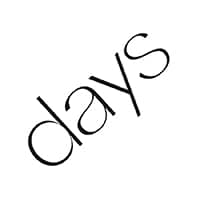 Days LA is an experimental retail project by Nora Beckman centered in Los Angeles, CA. Drawing from a dual-focused conceptual art and retail background, with Days, Beckman curates independent projects around a conceptual theme, hosts thoughtful events, and provides support and feedback to participating makers. Since opening its first space in 2016, Days has collaborated with hundreds of artists and makers and hosted over 200 events, presenting a flexible, forward-thinking model of retail untethered from a specific location or idea.

Graduating with an art degree from Smith College, Beckman worked at contemporary art gallery SKNY before pivoting to fashion, where she held a few different roles: Buying for Bird Brooklyn, running wholesale for Rachel Comey, and being part of the team that helped establish Opening Ceremony at the Ace Hotel. In addition to Days, she is also the creative director for the jewelry line Formina and co-founder of Hiking Club LA.