Author of the book CONTACT HIGH: A Visual History of Hip-Hop – and the exhibit’s curator – Vikki Tobak joins photographer and director Mike Miller, best known for his documentation of the West Coast rap scene, with his early images of Eazy-E, Snoop Dogg, and Tupac Shakur. Tobak and Miller will engage in a discussion about the history of hip-hop, stories behind some of the most-iconic photographs in the history of the genre, how Tobak’s book was adapted for the exhibition, and a behind-the-scenes look at how this remarkable collection of images and contact sheets came together for both publication and public viewing. Copies of CONTACT HIGH will be available for purchase and a book signing will immediately follow the discussion. 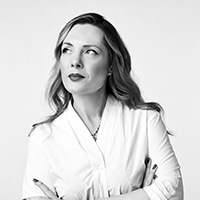 Vikki Tobak is a journalist and the author of CONTACT HIGH: A Visual History of Hip-Hop (Random House/Clarkson Potter). Her writing has been published in The FADER, Complex, Mass Appeal, The Undefeated (ESPN), Narrative.ly, DJ Times, I-D Magazine, Dazed and Confused, The Detroit News, and Vibe Magazine. She is also the founding curator of FotoDC’s FotoFilm program which champions photography, documentary aesthetics, and the moving image.

Born in Kazakhstan and raised in Detroit, Tobak began her career as a culture reporter for Paper Magazine and subsequently as Director of Media Relations for Payday Records/Empire Management, where she worked with leading hip-hop artists. She went on to work as a television news producer and reporter covering technology, global politics, and economy for CNN, Bloomberg News, TechTV, CBS MarketWatch, and other leading media organizations. She also served as a commissioner for the Palo Alto Public Art Commission in Silicon Valley. Tobak has lectured about music and photography at American University, Museum of Contemporary Art Detroit, Photoville, and Volta New York. 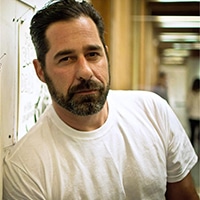 Mike Miller is an internationally acclaimed photographer and director who is widely known for his iconic images chronicling the rise of the West Coast hip hop scene. Miller grew up on the Westside of Los Angeles, attending Santa Monica public schools. Growing up in the early days of punk and hip-hop, he went on to graduate from UCLA in the mid-1980s and decamped for Europe, ending up in Paris, where he briefly made ends meet by painting houses. While in Europe, supermodel Linda Evangelista gave him his first camera, a Nikon F2 passed on from Peter Lindberg. Miller began photographing in earnest and quickly discovered he had a gift for the craft. Within months, he was traveling across Europe to shoot campaigns for Cacharel and other major fashion houses.

When Miller returned home to L.A., his fashion work caught the eye of record labels such as EMI. By the late 1980s, he was shooting artists as varied as girl rockers the Go-Go’s and Heart, to jazz players such as Stan Getz and Herb Alpert. Miller, however, grew up a hip-hop fan, listening to 1580 AM, KDAY – the first 24-hour hip-hop station in the country. In 1989, he snapped his first rap-related cover for original N.W.A. member Arabian Prince’s debut solo album. This was the beginning of Miller’s long history of shooting the key figures on the West Coast rap scene, thoroughly compiled in his monograph West Coast Hip-Hop and the subject of his in-progress documentary about the influence of this region’s hip-hop culture on the rest of the world.

Some of Miller’s most-recognized images include those of artists Eazy-E, Snoop Dogg, and Tupac Shakur, as well as photographs depicting the time, culture, and community that gave birth to West Coast rap. Miller’s work has been included in exhibitions at the New York Public Library, the Oakland Museum of California, and has been acquired for inclusion in the collections of the Smithsonian, Getty Museum, and the Rock and Roll Hall of Fame, among others. 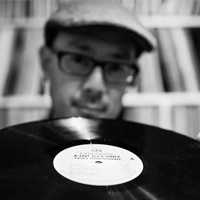 Oliver Wang has been writing about music and culture since 1994. He contributes music reviews to NPR’s All Things Considered, covers books and culture for the Los Angeles Times and the Los Angeles Review of Books, and has a monthly column about Asian American food for Character Media. He’s a professor of sociology at Long Beach State and is the author of Legions of Boom: Filipino American Mobile DJ Crews of the San Francisco Bay Area. He is currently researching the history of Japanese American car culture in Southern California. Wang is also the creator and writer of the audio blog, Soul-Sides.com and is the co-creator and co-host of the podcast Heat Rocks with Morgan Rhodes.