Conservation: Not Just The Cute Stuff

Inspired by photographer Joel Sartore’s commitment to advocating for the conservation of all species, this panel discussion will bring together experts about Earth’s least cuddly critters and explain why understanding and caring about them is paramount to preserving our planet. Speakers include entomologists Jessica Honaker and Kristie Riddick (aka the Bug Chicks) and wildlife ecologist and conservation biologist Dr. David Steen. Zoologist, author, and National Geographic Explorer Lucy Cooke will moderate. 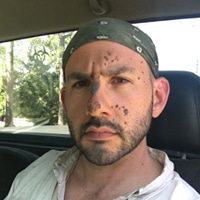 Dr. David A. Steen is a wildlife ecologist and conservation biologist. He studies how wildlife populations use landscapes and generates recommendations regarding how people can develop, farm, restore, and live on landscapes at the same time. As a science communicator, Steen shares with people why it is important to understand the natural world and to conserve biological diversity. In 2011, Steen earned his Ph.D. from Auburn University, with his work focused primarily on snakes and turtles. Currently, he is the Research Ecologist of the Georgia Sea Turtle Center on Jekyll Island, Georgia, the Executive Director of the Alongside Wildlife Foundation, and serves on the Board of Directors of the Wildlands Network. Follow Dr. David A. Steen on Instagram, Twitter and Facebook. 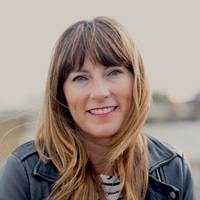 Lucy Cooke is a zoologist, an award-winning television presenter, bestselling author, public speaker, photographer, founder of the Sloth Appreciation Society, and a National Geographic explorer. She studied evolution and animal behaviour under Richard Dawkins, earning her Masters in zoology from New College, Oxford. Cooke is a passionate conservationist and a champion of species that are often misunderstood. Her style is immersive, journalistic, and unashamedly populist, mixing expert storytelling with a dash of humour to reach the widest possible audience. Follow Lucy Cooke on Instagram, Twitter and Facebook. 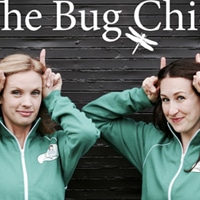 Together, Kristie Reddick and Jessica Honaker are the Bug Chicks—entomologists who teach about the fascinating world of insects, spiders, and their relatives. Through videos, digital media, and live workshops they inspire people to open their minds and learn more about these often-maligned animals, mixing in talk of empowerment and personal potential to help people realize that “different isn’t bad.” Their drive to create fun, accurate science media has led them to work with the U.S. Forest Service, the Norman Borlaug Institute of International Agriculture, Microsoft, and more. Follow the Bug Chicks on Instagram, Twitter and Facebook.

The National Geographic Photo Ark, led by photographer Joel Sartore, reflects an effort to document every species living in zoos and wildlife sanctuaries in order to motivate action through education.