Take it back to the early days of hip-hop in Southern California with this conversation between folks who were there when it all went down. Join original KDAY AM DJ Greg Mack, the “Godfather of West Coast Hip-Hop” Lonzo Williams from World Class Wreckin’ Cru, and former editor-in-chief of RapPages and XXL magazines Sheena Lester for an evening of storytelling and a celebration of Southern California’s place in hip-hop history. Author Jeff Chang (Can’t Stop, Won’t Stop: A History of the Hip-Hop Generation) will moderate. 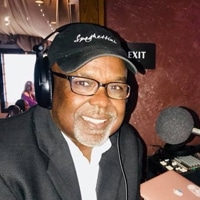 Greg Mack is a radio personality on 94.7 The Wave in Los Angeles and is heard on over 20 other radio stations in four different countries via the syndicated Greg Mack Show. With over 40 years in the radio business, Mack began the first-ever all rap radio station, 1580 KDAY. Listed as one of the “Top 20 Black DJs of All Time,” by NewsOne, Mack was also portrayed in the feature film Straight Outta Compton. With his radio show, Mack helped launch the careers of Dr. Dre, Eazy-E, Will Smith, Queen Latifah, N.W.A., LL Cool J, and countless others. In the mid-1980s, Mack was signed to Motown and MCA Records. 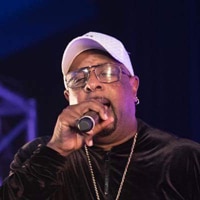 Alonzo Williams is known worldwide as “Lonzo, the Godfather of West Coast Hip-Hop.” His multiple roles in the early days of West Coast hip-hop – pioneering DJ, to club owner, label owner (Kru-Cut Records), promoter, group leader of the World Class Wreckin’ Cru, and author (N.ot W.ithout A.lonzo) – has made him one of today’s most authoritative figures in hip-hop culture. In 1977, Williams established himself as a DJ and has over 40 years of experience in the entertainment game, including six night clubs, hit records, and hundreds of DJ sets. His favorite saying, “If it came outta Compton, it came through me,” is supported by his discovery of artists such as, Dr. Dre, Ice Cube, Michel’le, Afroman, and more.

Recently, Williams founded a nonprofit – The Lyrical Revolution – that works with new artists to assist them with their careers and bring back responsible lyrics to hip-hop. The Godfather can also be heard on his YouTube podcast G.A.M.E and is currently featured in the HBO documentary United Skates. 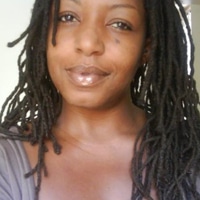 A pioneer in urban music magazine publishing, Sheena Lester has served as editor-in-chief of RapPages and XXL, as well as the music editor of Vibe, executive editor of 360HipHop.com, and VP of music content at BET Interactive. She began her foray into journalism at the Los Angeles Sentinel before being hired by Larry Flynt Publications to oversee its flagship rap publication, RapPages, which Lester steered toward international recognition with its provocative mix of music, advocacy, and culture reporting.

Lester brought that same mix of energy and intellect to New York-based media circles, first at Vibe, followed by XXL. For the latter, Lester co-produced 1998’s “A Great Day in Hip-Hop,” a recreation of Art Kane’s famous “Jazz Portrait” with over 200 rap greats – convincing legendary photographer Gordon Parks to capture the image for posterity on the same Harlem stoop where the stalwarts of jazz were immortalized 40 years prior. Lester currently manages and helps create programming for Morris Media Studios in Leimert Park, the indie podcast hub founded by her longtime best friend – respected radio veteran and former rap artist Felicia “The Poetess” Morris. 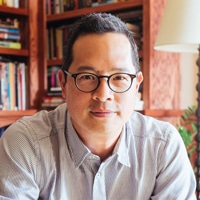 Jeff Chang has written extensively on culture, politics, the arts, and music. His first book, Can’t Stop Won’t Stop: A History of the Hip-Hop Generation (Picador), garnered numerous honors, including the American Book Award and the Asian American Literary Award. He is also the author of Who We Be: The Colorization of America (St. Martin’s Press) which was published in paperback under the new title, Who We Be: A Cultural History of Race in Post-Civil Rights America (Picador). The book won the Ray & Pat Browne Award for Best Work in Popular Culture and American Culture and was a finalist for the NAACP Image Award, the Dayton Literary Peace Prize, and Books for a Better Life Award. Chang also edited the anthology, Total Chaos: The Art and Aesthetics of Hip-Hop.

His most-recent book, We Gon’ Be Alright: Notes On Race and Resegregation (Picador) was named the Northern California Nonfiction Book of the Year and The Washington Post declared it “the smartest book of the year.” He is currently working on a web series for PBS based on the book with director Bao Nguyen.Chang’s next project is a biography of Bruce Lee (Little, Brown).

Chang has been a USA Ford Fellow in Literature, named by The Utne Readeras one of “50 Visionaries Who Are Changing Your World,” an Asian Pacific American Local Hero by KQED, and the Yerba Buena Center for the Arts (YBCA) included him on their YBCA 100 list of those who are “shaping the future of American culture.” He was recently named to the Frederick Douglass 200, as one of “200 living individuals who best embody the work and spirit of Douglass.”He has also been a winner of the North Star News Prize, and the Popular Culture Association/American Culture Association’s Ray & Pat Browne Award for Best Single Work in Popular Culture and American Culture. With H. Samy Alim, he received the St. Clair Drake Teaching Award at Stanford University.

Chang co-founded CultureStr/ke and ColorLinesand his work has appeared in The Guardian, Slate, the New York Times, The Nation, the San Francisco Chronicle, The Believer, N+1, Mother Jones, Salon, and Buzzfeed, among many others. Born and raised in Honolulu, Hawai’i, he is a graduate of ‘Iolani School, the University of California at Berkeley, and the University of California at Los Angeles.

The former Executive Director of the Institute for Diversity in the Arts at Stanford University, Chang now serves as the Vice President for Narrative, Arts and Culture at Race Forward.