W|ALLS: Defend, Divide, and the Divine featured photographer SHAN Wallace was commissioned by the Annenberg Space for Photography to travel to Detroit and document the wall that runs along a half-mile length of the city’s infamous 8 Mile Road. Originally built under a once commonly-practiced discriminatory policy known as “redlining,” the wall segregated the city’s working class homeowners. Wallace will discuss her new series of photographs with Detroit sociologist Robin West Smith and examine how generations of Detroit residents have grappled with the wall’s presence. L.A.’s self-described “gangsta gardener” Ron Finley will also join this timely discussion about America’s “invisible walls” and how housing policies have created rippling effects – from cultural inequality to food deserts – in cities from Detroit to Los Angeles. The panel will be moderated by Enterprise Community Partners’ Jacqueline Waggoner, who oversees affordable housing and community development programs in Los Angeles.

Ron Finley is the ‘gangsta gardener’ who in 2010, set out to fix the problem of food deserts. Outside his front door, Ron planted vegetables in the curbside dirt strip next to his home. And quietly, carefully, tenderly started a revolution. Finley was raised and resides in the West Adams neighborhood of Los Angeles, CA. 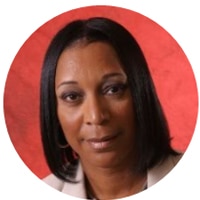 Robin West Smith is a native Detroiter and product of the Detroit Public School System. With a Bachelor’s in Economics, Masters in Urban Planning and a Certificate in Economic Development as well as a MA in Sociology at Wayne State University. She has taught Urban Studies at WSU, Eastern Michigan University, and Monroe County Community College. She also served as the keynote speaker for the First United Methodist Church Women’s History Month luncheon (Monroe, MI). She currently is building her own brand as a self-development leader with the WADE Center for Development, LLC, focusing on training seminars and workshops empowering women. She recently published her first book, “Women Who RISE: Our Lineage of Leadership.” 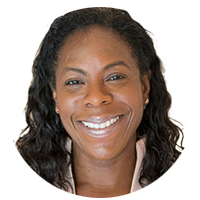 Jacqueline Waggoner is vice president and Southern California market leader for Enterprise Community Partners, Inc. She oversees Enterprise’s affordable housing, community development, investment and strategic programs from the state’s Central Coast to San Diego. Jacqueline started with Enterprise in 2005. During her tenure, she has advanced capital solutions, intellectual resources and capacity building tools to achieve Enterprise’s strategic and production goals, leading to more than $300 million in Enterprise investments locally. She has worked with the city of Los Angeles, banks and nonprofit developer partners to create local funds for affordable housing, advocate for low-income families and support Enterprise’s vision of providing communities of opportunity. 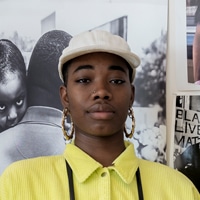 SHAN Wallace is a nomadic award-winning visual artist, photographer, educator, and freedom fighter from East Baltimore, MD. Inspired by the harsh racial, social and economic realities of her surroundings in Baltimore, SHAN learned about the importance of service, the power of collaboration, and the effects of social change at an early age. Now, she…