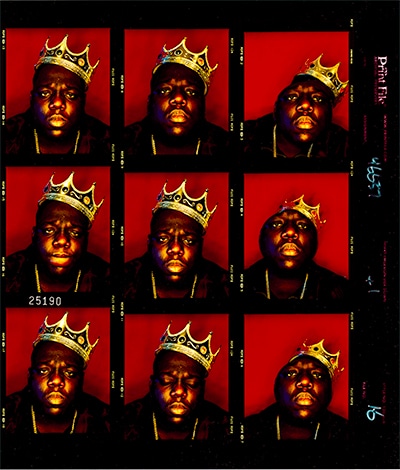 NEW YORK, NY (JANUARY 13, 2020) — The International Center of Photography (ICP) will open its new integrated center at Essex Crossing on Manhattan’s Lower East Side with CONTACT HIGH: A Visual History of Hip-Hop, one of four inaugural exhibitions. It will be on view at ICP at 79 Essex Street from January 25 to May 18, 2020.

Produced and originated at the Annenberg Space for Photography, Los Angeles’s premier destination for photography, CONTACT HIGH: A Visual History of Hip-Hop is a journey through nearly four decades of photography, documenting a movement that impacted music, politics, race relations, fashion, and the culture at large. Curated by Vikki Tobak, based on the bestselling book of the same name, and with creative direction by Fab 5 Freddy, the exhibition includes nearly 150 works from 60 photographers, including Janette Beckman, Jamel Shabazz, and Gordon Parks.

This expanded CONTACT HIGH exhibition includes nearly 10 new works and more than 75 unedited contact sheets from Barron Claiborne’siconic Notorious B.I.G. portraits to early images of Jay-Z, Kendrick Lamar, and Kanye West. It will also display the Dapper Dan jacket made forRakim and the crown worn by the Notorious B.I.G.

“CONTACT HIGH celebrates a musical genre that speaks truth to power and the photographers who played a critical role inbringing hip-hop’s visual culture to the global stage. It provides a rare, inside look at the work of hip-hop photographersthrough their unedited contact sheets,” said Tobak.

“ICP is thrilled to open our new space on Manhattan’s Lower East Side with CONTACT HIGH and bring this important work to a New York City audience. As relevant now as when they were made, the images in this exhibition reveal complex and nuanced negotiations of self-presentation—foreshadowing our own selfie age— within and without the confines and stereotypes of the hip-hop scene,” said Mark Lubell, ICP’s Executive Director.

“The overwhelming number of visitors in the Los Angeles region to CONTACT HIGH was a testament to the importance and impact of theseimages,” said Wallis Annenberg, president and CEO of the Annenberg Foundation. “The role these photographers played in shaping hip-hop culture and beyond is incredible. It’s only right that our most popular exhibit to-date come to New York City, the birthplace of hip-hop.”

During the run of the exhibition, Tobak and several photographers featured in CONTACT HIGH will participate in public programs and other events forstudents, museumgoers, ICP members, and the general public. In addition, new exhibition-related retail products will be available exclusively in ICP’snew shop. More details will be announced in the coming weeks.

The International Center of Photography is the world’s leading institution dedicated to photog-raphy and visual culture. Cornell Capa founded ICP in 1974 to champion “concerned photography”—socially and politically minded images that can educate and change the world. Through our exhibitions, education programs, community outreach, and public programs, ICP offers an open forum for dialogue about the power of the image. Visit icp.org to learn more.

The Contact High project celebrates the legendary photographers who have played critical roles in bringing hip-hop culture imagery onto the globalstage. Visit contacthighproject.com to learn more.

CONTACT HIGH was created in partnership with United Photo Industries.

Additional exhibition support is provided by the Joseph and Joan Cullman Foundation for the Arts, Inc.